«I met Nicola and Anna Dora six years ago, during a Festival in Huyong-ri (South Korea). They were there for a workshop, part of Rags of Memory. The following year they sent me an email, I got some pieces of information and decided to join Instabili Vaganti. I accepted to take part in this project because, first of all, I was interested in it at an academic level. Secondly, I found their method interesting and very creative. Furthermore, it relates with the subject, perfectly balancing harmony with lyricism. In order to describe my experience, I could say that I concentrated on myself. I worked on my unconsciousness. They led me in my work with traditional songs, texts and my memories. I just did it, I followed the way. Something came through me and made me cry. I cried while singing but I didn’t know why. I went on working with them for some years, till I reached what they called an “absence”. My ἀπορία (aporia) was absence in itself. Who am I? Why am I here? I understood that if someone wants to do something, taht one should know oneself, first. Last year, unfortunately, something didn’t go quite right. I couldn’t even sing a song. I didn’t want. And after this happened, I started considering the importance of ego and communication. So now, I wanna dance with you…».

«I got into contact with Anna Dora and Nicola when their residency was announced, last year, in India, by the Arshinagar Project. I have learnt Bharata Natyam, a form of Indian classical dance, for 15 years; and I have been performing it for another 15 years by now. During my 30 years of experience, I have been experimenting with this dance form, trying to use texts in order to convert it into an interdisciplinary performance. With this in my mind, the physical theater residency of Instabili Vaganti intrigued me, beacuse I wanted to understand how I could use the elements Anna Dora and Nicola were working with in my own work. Rags of Memory interested me because, in my point of view, not only does it work on how a memory moves one’s body and guides one’s emotions, but it is also very close to the form of dance I practice – which has a strong connection with memory. Bharata Natyam was handed down orally for years, before any documentation did occur. Hence, the way the form exists today is also largely due to the rags of memory that were handed down, over generations. With all these mixed thoughts, I decided to be a part of the project. After that, I can say that my experience was exhilarating in a number of ways. Their process of physical training was quite different from mine. The idea of a stimulus moving one’s body, the synergies in group dynamics with eye contacts, the easy adaption of moving from one realm of movement or a certain cultural background to the next, fascinated me. At least as much as the idea of bringing our own materials, especially related to the idea of rituals marking important stages of life, like death. It was amazing how the things I brought fitted into the work of a Korean artist so smoothly. It was also interesting to note how harmony was built up through sounds, etc.: it was quite new to me. The way the entire process suddenly unfolded into a performance was simply fascinating».

«I first worked with Instabili Vaganti in 2010 at The Old Vic Tunnels in London. It was so powerful and emotional that I knew, there and then, that I would like to collaborate with them again. I took part in the project because I happened to be in Mexico in 2011, at the same time as Instabili Vaganti was working with Rags of Memory in Mexico City. I was honoured to be invited to work with them. Knowing their work, passion and intensity, you can’t simply turn down this sort of invitation. I was beyond excited to be part of Rags of Memory. The work of Instabili Vaganti is so organic that you leave everything within, on stage. It’s intimate at the point that every performer leaves a bit of one’s soul in the project. Rags of Memory is real and alive». 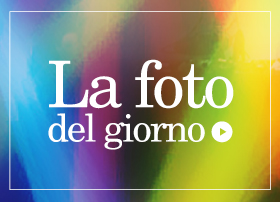